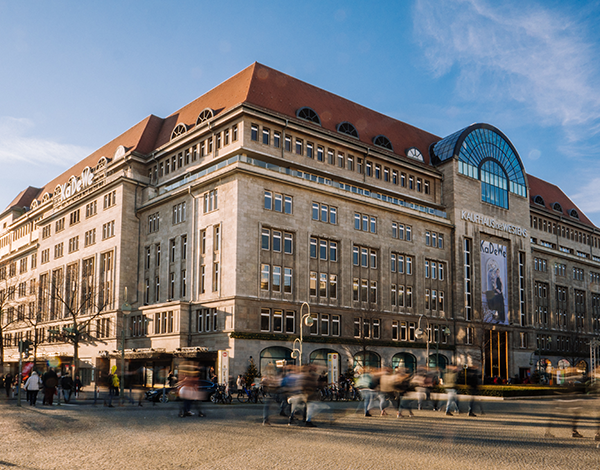 Wirecard, the global innovation driver for digital financial technologies, wins KaDeWe Group GmbH as a new customer for Alipay payments, China’s leading mobile payment solution. With Wirecard technology, the Chinese payment method has been integrated into the POS system of department stores belonging to the Group. Initially, this is offered in nine checkouts at KaDeWe in Berlin, one at Oberpollinger in Munich, as well as one at Alsterhaus in Hamburg. A later integration into further checkouts is planned. As part of the cooperation, Wirecard provides acceptance and takes care of the complete processing of payments. The integrated technology has started in time for the “Golden Week”, an important Chinese holiday lasting several days, which is traditionally used very intensively for long-distance travel.

Thanks to the cooperation, KaDeWe, Oberpollinger and Alsterhaus, which are some of the most important department stores in Germany and are highly renowned in Europe, can benefit even more from the tourism boom from China. Every year, more than eight million Chinese tourists travel to Europe and spend more than any other nation in the world on shopping, averaging over 3,000 euros per trip. For Chinese consumers, brand awareness plays a decisive role in their purchasing decision. Branded and luxury products which make up the core range of the KaDeWe Group, such as high-quality shoes, bags, watches and jewelry, are among the most sought after products. In this environment, luxury department stores can now establish themselves as attractive providers for Chinese customers. By accepting payments via Alipay, they are also gaining the trust of a young and financially strong target group with a high web-affinity. The average transaction volume for individual merchants offering Alipay via Wirecard is around 800 euros. The highest single transaction to date paid via Wirecard with Alipay is a good 40,000 euros.

Robert Palmer, Head of Alipay EMEA: “The department stores of the KaDeWe Group are among the best-known in Germany for Chinese tourists. Since Alipay payments are now accepted, thanks to our in-app marketing platform the department stores become even more visible for Chinese customers who’ll also enjoy a better shopping experience, because for them now the payment process will now be just as comfortable to them as it is in China.”

Dr. Michael Peterseim, CFO of the KaDeWe Group: “Chinese tourists are a particularly important target group for our department stores, which is why we want to meet their expectations in the best possible way. We are therefore particularly pleased to be able to offer these customers the opportunity to make their purchases in our stores with the Alipay App. Throughout the integration process, Wirecard has given us the benefit of its professionalism and experience, making Wirecard a reliable and trustworthy partner for the future.”

Christian Reindl, Executive Vice President Sales Consumer Goods at Wirecard: “Our goal is to help merchants digitize their processes, offer their customers flexible payment options and improve their offerings at all levels. We are very pleased that with the KaDeWe Group we have now won three of the most renowned premium department stores in the country as customers.”

Paying with Alipay is straightforward: Customers who want to pay cashless with their Alipay app simply show the retailer their smartphone display with a barcode. The merchant scans it with a hand-held scanner and the payment process is started immediately. Wirecard initiates the payment in the background. The customers confirm their purchase by entering the password and receive a payment receipt. Another advantage: The Alipay App enables merchants to send their Chinese customers special offers via push message shortly before they arrive at their destination.

More information can be found at: https://www.wirecard.com/alipay/