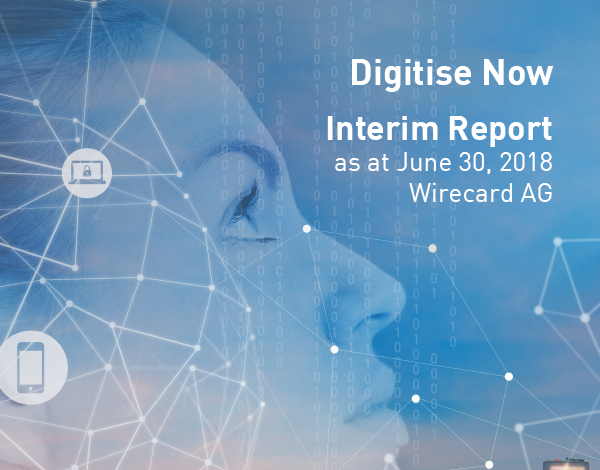 In the first half of the current fiscal year, Wirecard AG was able to record strong growth.

The transaction volume processed through the Wirecard platform grew in the first six months by 48.5 percent to EUR 56.2 billion (H1/2017: EUR 37.9 billion).

Wirecard CEO Dr. Markus Braun commented: “We have recorded strong organic growth, not least due to the accelerating global trend towards the digitalisation of payment processes. Digitalisation is still only at the very beginning in many sectors. Therefore, retailers have enormous potential for growth by combining all sales channels via one uniform, digital platform. Customers thus receive a seamless purchasing experience and retailers can manage customer contact in real time.”

The Q2/Six-Monthly Report as of 30 June 2018 is available on the company’s website at: ir.wirecard.com/financialreports