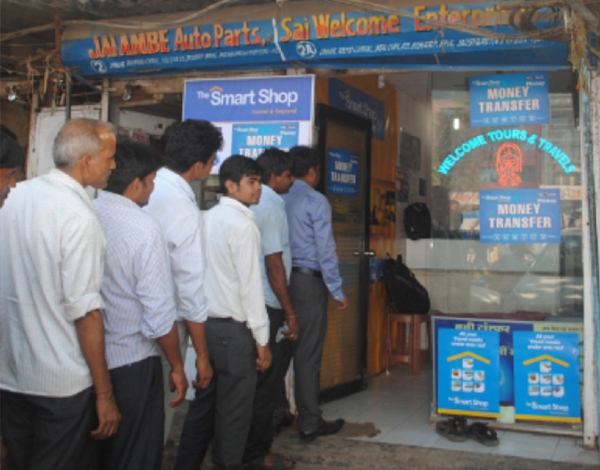 Dr. Markus Braun, CEO of Wirecard AG, says “Great Indian (GI) Retail Group has been on the forefront of India’s very dynamic and early-stage e-commerce and money remittance market for many years. Our investment into one of the region’s leading payment groups secures us a strong position in one of the world’s most rapidly growing electronic payment markets.”

The total cash consideration paid to GI Retail and financial investors including a capital increase of GI Technology will amount to EUR 230 million, completely paid for in cash and financed by own capital and by committed bank loans. Further payments of up to a total of EUR 110 million are linked to the overall financial performance of the acquired businesses in calendar years 2015 to 2017. Elements of the agreement are subject to certain closing conditions.

By combining innovative technology and an agent-assisted service delivery model spread across multiple countries, the acquired businesses have built a unique multi-channel platform to efficiently deliver a wide range of commerce offerings and financial services in rural and urban areas.

The acquisition secures Wirecard a stake in one of India’s fastest growing licensed Prepaid Payment Instrument (PPI) issuers as well as a Full Fledged Money Changers (FFMC) license in India, enabling the operation of multi-currency transaction and remittance services.

iCASHCARD, a semi-closed-loop electronic wallet issued by GI Technology, is India’s number one domestic (IMPS) remittance instrument and the leading semi-closed-loop payment instrument on IRCTC, Indian Railways’ website and one of the largest e-commerce sites in Asia-Pacific. Serving over 200.000 people daily, iCASHCARD can be recharged with cash, on a mobile or over the Internet and is accepted at more than 10.000 e-commerce sites in India, such as eBay, AirAsia, Bookmyshow and IRCTC.

Beside of their main growth market in India, the acquired businesses have successfully established operations in other South East Asian countries. A network of more than 100.000 contracted retail agents throughout the region provides top-up services not only for iCASHCARD but in addition a wide range of cash payment, banking correspondence, bill payment and domestic as well as international remittance services.

India constitutes the world‘s 3rd largest Internet user base with an estimated 673 million Indians being online by 2020. Growing from USD 17 billion at present, India's e-commerce industry is likely to grow at a compounded annual growth rate (CAGR) of 35 percent and to cross the USD 100-billion mark by 2020.[1] Transaction volumes in South East Asia are expected to grow from USD 7 billion in 2013 to USD 34.5 billion by 2018 , largely driven by Indonesia’s rapidly growing e-commerce industry.[2]

According to the World Bank, India continues to be the leading nation in inward remittances pulling in USD 70 billion from its global migrant workforce in 2014. The domestic remittance market in India was estimated to exceed USD 20 billion in 2014 and is benefiting from the advent of cost-effective alternatives to traditional informal channels.

Find out more details on the Indian market