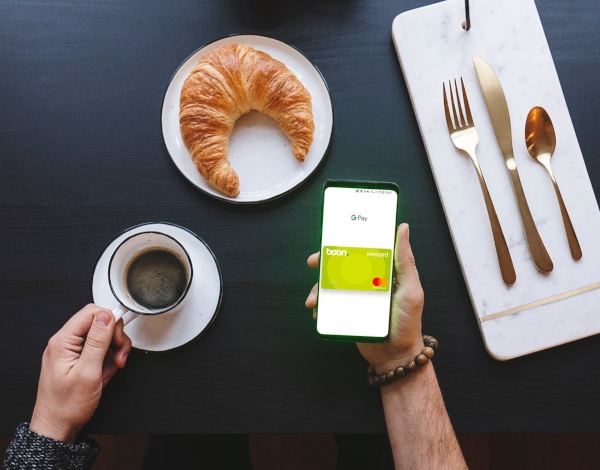 Wirecard, the global innovation leader in digital financial technology, is making its mobile payment solution boon available to download in the French Google Play store to tie in with the launch of Google Pay in France. As a result, according to Statista more than 38 million Android smartphone users in France will benefit from a fully digital application for mobile payment, regardless of which bank they use.

For a long time, new payment methods have not been accessible to all consumer groups. Here, a significant growth opportunity has opened up for the entire sector. Last year, 64% of French consumers stated that they make mobile payments. Google Pay users in France will immediately be able to make secure, contactless payments via their cell phone at the checkout: With the Android app, boon customers can simply add their digital Mastercard to Google Pay. boon enables every Android smartphone user to sign up in a few minutes and then securely pay with boon and Google Pay. Users simply take their cell phone, hold it over the till terminal – without even having to open up the app – and the payment is complete.

In addition, the boon app provides a transaction overview in real-time as well as P2P transfers. The digital Mastercard can also now be used for online payments.

Georg von Waldenfels, Executive Vice President Consumer Solutions at Wirecard, says, “We are delighted that, with Google Pay now being launched in France, we will be able to bring boon’s advantages to as many consumers as possible, right from the start. boon participating in the launch of Google Pay in France will drive the digitization of payments further forward, and in doing so will make payment as simple as possible.”

Florence Diss, Head of EMEA Commerce Partnerships at Google, adds, “As of today, customers will be able to link their boon digital cards to Google Pay and make payments securely, quickly and hassle-free at millions of locations in France and all over the world, as well as on their favorite apps and websites.”

The boon account can be loaded using all Visa or Mastercard variants as well as via bank transfer. As a result, it is not necessary to already own a credit card from a bank supported by Google Pay.

boon is the industry’s first fully digitized mobile payment solution and can be used independently of banks and telecommunications providers. In addition to France, boon is already available on Android end-devices in Austria, Belgium, Germany, Ireland, Italy, the Netherlands and Spain. The app is also available in France, Germany, Ireland, Italy, Spain, Switzerland, and the UK using iOS.

Further details can be found at: www.beboon.com