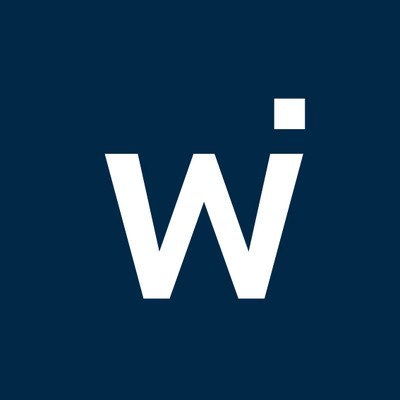 What are the topics, challenges and trends that currently occupy the payment industry – and what are the experts’ answers?

These are precisely the questions that this blog regularly deals with. However, to get the bigger picture, the Payment Exchange, or PEX for short, is the place to be. Not long ago, PEX took place in Berlin and was organized by the team of the Payment & Banking blogger team, a widely read blog in the German-speaking world (which btw. also publishes some articles in English). What is special about the bloggers is that they also have “day jobs” in various areas of the payment industry – giving them extensive day-to-day practical insights.

A report about a rather unusual industry event – and a selection of the most interesting insights from the two intensive days of #pex19.

“Welcome to Payment Exchange 2019, the dolphin therapy of the payment industry!” were the welcoming words of Maik Klotz, one of the eight hosts and moderators. And the whole event continued in this pleasantly unconventional style, bringing together a multitude of top-level payment practitioners from a wide range of areas and companies.

Unlike similar events, there was no fear of contact between the audience and panelists, and no false restraint on behalf of the moderators – or as one participant aptly put it on Twitter:

“If you’re sitting on a panel and you’re getting grilled from the audience and the hosts alike, you know: You’re at PEX.”

A total of 11 different panels and lectures covered a wide range of topics - in retrospect, they can be grouped into three subject areas: stationary retail and data, digital payment trends and the future of mobility.

1. Retail is redefining itself – and is discovering the use of data

All participants in the various panels agreed: both stationary and online retailers are beginning to understand that the analysis of collected data is the key to better understanding customers and their needs. For example, which products are bought together or which items are particularly in demand at which times of the day and week, so that you can tailor your product range perfectly to these customer requirements.

It is also quite simply a matter of competitiveness - as Bernd Storm van’s Gravesande of Aboalarm put it succinctly:

“Providers without intelligent analysis of their customer data will make the worst offers in the future.”

At the same time, he warned that one should not "play" with data, but rather use it sensibly, and within the strict EU data protection laws. In other parts of the world, the data issue is being handled more liberally, which is why with a longing look to East Asia, he quoted the famous Chinese AI expert Kai-Fu Lee:

In Asia, the future has started years ago

Not surprisingly, one positive example of customer-centric, intelligent use of data was from East Asia. Four years ago, in an Asian supermarket, a PEX participant was given a device at the entrance to self-scan the products he chose. In addition to being able to use the device to immediately pay for his purchase, he received further information, tips and advertising as well as coupons for similar products. In the end, he had a seamless checkout experience via a special lane, without having to go anywhere near a checkout line.

To give a positive data-driven example which is also available in the Western world, Peter Bakenecker of Mastercard pointed to the successful “Priceless Specials” program, for which cardholders can register to voluntarily disclose more of their data in return for exclusive vouchers and discounts.

He also quite rightly stressed that in order to modernize, the will of the players must be there first and foremost:

“You can pour as much technology on a candle as you want, but it still won’t become a light bulb.”

2. Payment trends in times of digitalization

Naturally, the various aspects of the topic of payment methods for retail were intensively discussed at several panels. What was surprising was the unanimous statement of Virpy Richter from the electronics mail-order company Conrad, who serves mainly B2B customers, and that of myToys co-founder Florian Forstmann, who sends the toys primarily to private (and mostly female) customers: The majority of their customers pay upon receipt of the invoice, and this old-fashioned payment method remains popular. However, digitalization has also found its way here, because thanks to the electronic data interchange standard (EDI), invoices for corporate customers are transmitted and processed digitally. Apple Pay and Google Pay payments are also accepted by myToys, but are not yet very relevant in terms of numbers.

To make your mobile payment method successful, make sure it is simple and works offline

All experts from different panels agreed that the user experience (UX) offered by Apple Pay is now something like the "gold standard" in the industry – simple, secure and fast. To be truly successful, all alternative payment methods must measure up to this UX, said payment expert and author Rudolf Linsenbarth. He reported that for eight years now he has been regularly testing new forms of payment at the POS, and could write a book about annoyed customers behind him in the queue and their biting comments à la "Can’t you just pay with cash?!"

Based on his experience, he finds two factors to be vital if you want to make a payment method a success:

He then quite banally showed what the process actually looks like without cashless payment methods: The customer goes to the ATM, withdraws cash, brings it to the retailer who counts it, gives out change and has to have it picked up by a security service so that it finally arrives in their account.

Let’s be honest – is there a more inefficient, time-consuming process than this? We should be grateful for digital payment solutions which simply give us more life time, as the following infographic shows:

Apple Pay is a success - but sorry, there are no figures

Michael Koch, responsible for Apple Pay at Deutsche Bank, reported on the first results after its launch in Germany. And even though every second question from the audience was about concrete figures, he managed not to let anybody get to him (as he wasn’t allowed to share any numbers) yet he had an impressive fact: The annual target that the bank had set itself for the number of transactions for 12 months was reached after just four weeks – which demonstrates once again how much traditional banks can gain when they offer customer-friendly, digital solutions.

By the way, this positive balance is in line with the first results of Wirecard’s mobile payment solution boon, where the average shopping basket values have risen again by around 12.5 percent since the launch.

3. Own a car?! No, thanks! – The way we use mobility is changing massively

Stephanie Nitsch of the ADAC, the most influential association of German motorists, surprised the audience with the following statement:

“A car is less and less of a status symbol, instead more and more often people simply buy the usage. Access instead of possession is the future”.

Another game changer is the ever-growing electro-mobility - and this also applies to petrol stations, as Tobias Würz of the petrol station service provider DKV euroservice reported, because “electricity is everywhere”. In fact, today petrol stations earn more by selling products in their shops than with the fuel itself. Which explains why there is certain resistance to new forms of payment, where customers can pay with an app after filling up and no longer have to go to the checkout at all. From a technical point of view, such a solution can be easily implemented, but many petrol station owners fear that they will miss out on cross-selling opportunities.

Everybody dreams of the "Uber Experience" – or almost

Philipp Lühr-Tanck of mytaxi provided insights into a checkout process similar to the so-called "Uber Experience": you simply get into the pre-ordered car, get out after arrival and the payment takes place invisibly and automatically in the background. Mytaxi has already successfully introduced something like this in the UK, but from his experience, German customers are not so comfortable with it yet. They prefer to trigger the payment themselves on the screen via a tap.

However, it was a pity that from this panel we learned a lot about problems, concerns and hindrances – but less about the many notable examples, where cars have been used successfully as wallets for years. For example, in multi-storey car parks or road tolls in Singapore, which as a result are completely entry and exit barrier-free, and for years have been working efficiently.

Modern mobility solutions? A public company shows how to do it right

On the following day of the conference, Henrik Haeneke from the state-owned Berliner Verkehrsbetriebe BVG showed how modern mobility solutions can look in practice. For example, the BVG app, which allows passengers to buy their tickets with just three clicks, or the "BerlKönig" app with integrated payment functionality for a flexible ridesharing service. And in public transport, even the much-admired "Uber Experience" is no longer a distant pipe dream – there are already concrete pilot phases of the so-called "Check in / be out" system, for example in Hamburg.

Henrik’s convincing conclusion was that BVG no longer sees other providers such as Uber, taxis or rented bicycles as competitors – but as partners who all work together to ensure that you no longer need your own car.

There were many, many more topics that were controversially discussed at PEX – e.g., about the depths and ambiguity around the data protection legislation GDPR, about who actually needs instant payments (in short: banks - absolutely!; merchants - also; customers - not really), about the challenge of remaining competitive in the digital age, as a society and as an economic region ... and more.

Of course, there are still many open questions and discussions, but it is satisfying to know there is a lot of progress. To pick up again on the earlier quote from Mastercard’s Peter Bakenecker, figuratively speaking, the next generation of light bulbs is being invented in a wide variety of areas, even if some of them are still being produced by candlelight.

The nice thing about PEX was that the discussions continued vividly during the breaks and in the evenings. As a conclusion, one can say that the hosts’ motto to enable “exchange at eye level and a lively dialogue between all participants” was a success. Thanks to the organizers for a great event full of learnings, new contacts and exciting conversations – and see you next time!